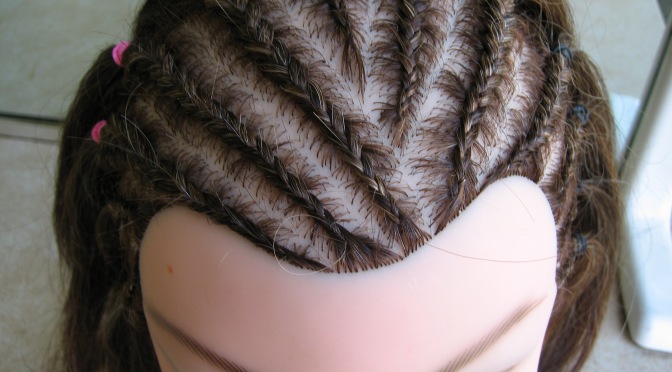 Earlier this month, Allure magazine was heavily criticized for posting an article teaching straight-haired women how to wear an afro. 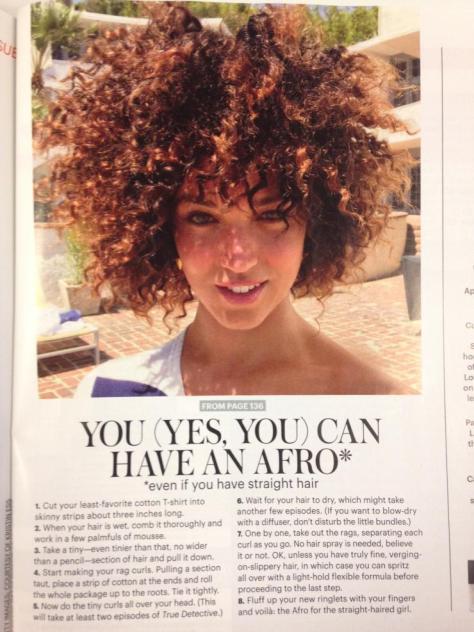 A good deal of the backlash was certainly justified. Allure failed to use a single non-white model in their 70s-inspired hair tutorial and it was a missed opportunity for the magazine to be inclusive. What’s more, the afro is more than just some trend from the 1970s. The hairstyle is culturally significant because it was very much linked to the “Black it beautiful” movement.  The article also rubbed people the wrong way because there is a history of white people getting mainstream attention and praise for trends that started in the black community.

However, out of the various articles criticizing Allure, one stood out for managing to be even more offensive than the magazine’s racially homogeneous hair tutorial.

In an article on Huffington Post, Zeba Blay outlines several reasons why “It’s A Slap In The Face When White Women Wear Black Hairstyles.” Seriously, that’s the title of the article.  To be fair, Blay does make a lot of solid points. She talks about the legacy of racist beauty standards and the cultural significance of black hairstyles.  However, the actual reason Blay gives for why white women shouldn’t sport black hairstyles doesn’t add up. She claims that when a white person wears a black hairstyle, they dismiss the racial context and as a result, “turns black hair into a novelty, a parody, a subtle form of blackface.”

Blackface is a costume or type of performance that mocks black people and black culture. It often reduces black culture to a stereotype and at its worst, perpetuates derogatory beliefs about black people. Although blackface minstrel shows might be a thing of the past, it doesn’t mean that blackface no longer exists. It’s not uncommon to see a form of blackface when people decide to dress in a racially themed costume for Halloween or a dress-up party.  In fact it became so common, that students at Ohio University launched a campaign called “We’re a Culture, Not a Costume” in an effort to stop people from wearing racist costumes. 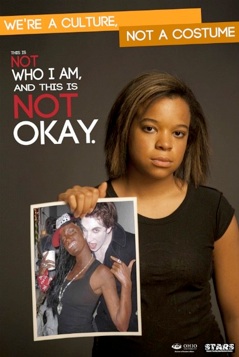 However, just because a white woman decides to wear cornrows or an afro doesn’t mean she’s automatically displaying a “subtle form of blackface.” If she’s acting in a way that seems like she’s mocking black culture, or if the hairstyle is part of a costume, then yes, that’s clearly racist. But it’s not racist or racially insensitive if she’s wearing the hairstyle because she genuinely likes it.

To claim that when a white person wears a black hairstyle, regardless of the motivation and circumstance, it’s always “a novelty, a parody, a subtle form of blackface,” is insulting. Couched in such a belief is the assumption that black hairstyles are unattractive- why else would it always be considered a parody when a non-black person wears it.

That’s not to say I can’t relate to a lot of the points Blay makes. I agree with her claim that “…black hair can be deeply political, deeply spiritual, and deeply personal.” For years, I spent hours straightening my hair because I hated my tight curls. In my mind, straight hair looked more beautiful and professional. It’s only recently that I’ve stopped altering my natural hair texture. Because my hair texture is very much linked to my racial identity, when I finally retired my flat iron, I was rejecting a racially specific beauty standard

While it’s true that many white women with tight curls or bushy locks also feel pressure to straighten their hair, the experience is not the same as it is for many black women. Any beauty standard can potentially lower a woman’s self-esteem, but racially specific beauty standards have the power to hurt black women on a deeper level.

But that doesn’t mean that women of all races shouldn’t feel free to wear their hair how they please. In the end, I believe this idea that black hairstyles should be for blacks only is the real “slap in the face to black women.”